Saturday of Memorial Day Weekend, I was coming back from Fairfax and stopped off at the NRA's National Firearms Museum, which I hadn't been to since just over four years ago.

(It being Rolling Thunder weekend, there were a bunch of folks in town to ride. Clearly.)

The core exhibits were about the same, though they upgraded both the info kiosks and the website -- the kiosks are now touchscreen and a lot easier to use, and a good portion of the collection is online and searchable, so you can theoretically use your mobile browser to get information on any given firearm, without having to run back and forth to the info kiosks.

You can see full set, National Firearms Museum, Fairfax, VA, 5/28/11, where I mostly tried to take photos of items I hadn't seen before.

Below, though, are photos from the special exhibit on Hollywood Guns, featuring real guns, rubber guns, and other props from famous movies.

By far, this is the best presentation of movie gun and poster: 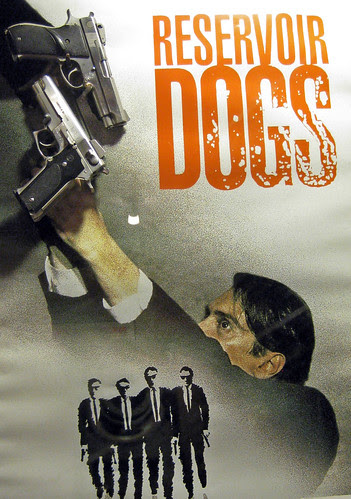 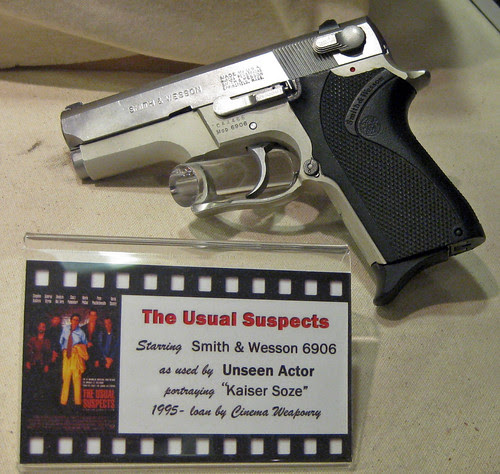 Next, Keyser Soze's Smith & Wesson 6906 from The Usual Suspects -- note, in the scene where it's used (and not by Kevin Spacey, as the card notes), it's held gangsta-style (sideways). 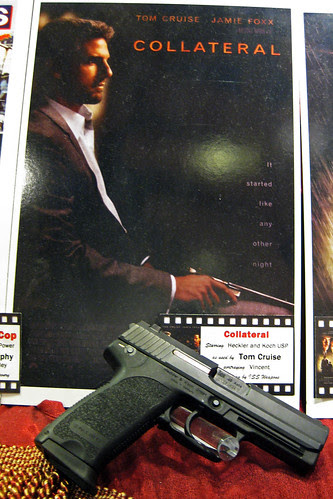 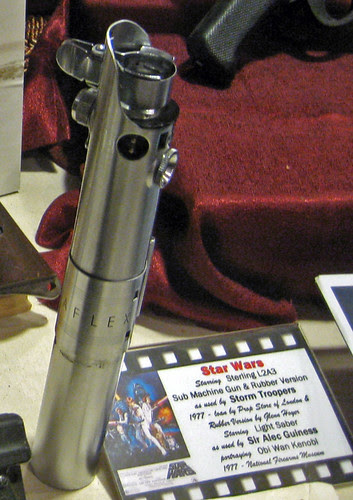 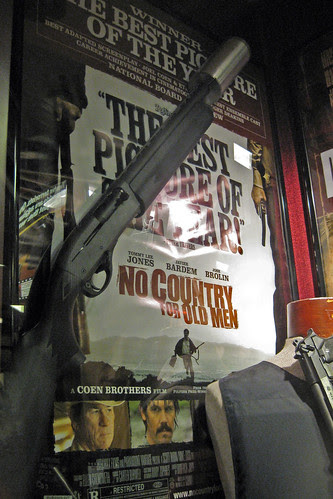 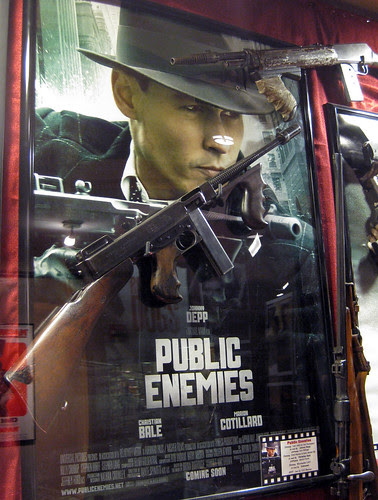 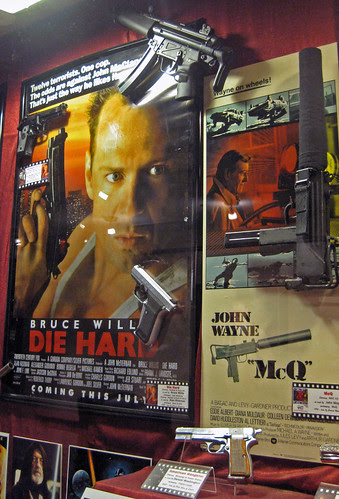 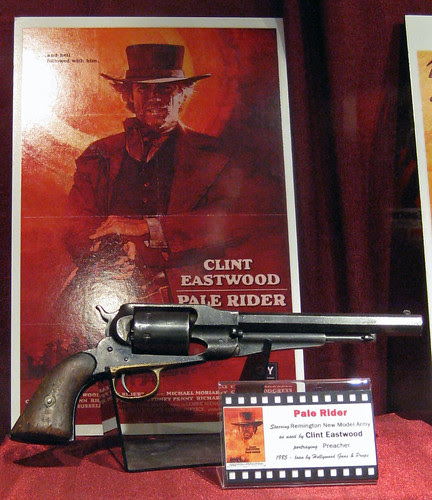 Clint Eastwood's Remington 1858 New Army .44 revolver from Pale Rider, with cylinder-swapping goodness. (By the way, what happened to Sydney Penny?) 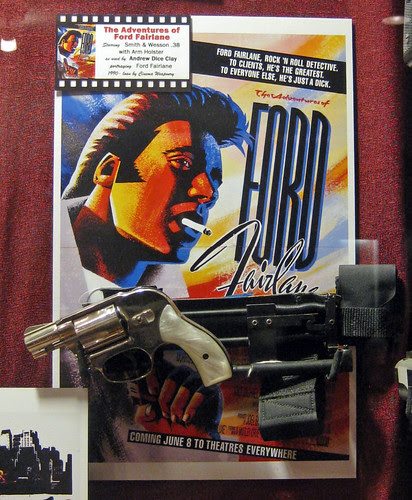 Andrew Dice Clay's .38 Smith & Wesson Model 38 from The Adventures of Ford Fairlane, which, thankfully, they are not rebooting (as far as I know). 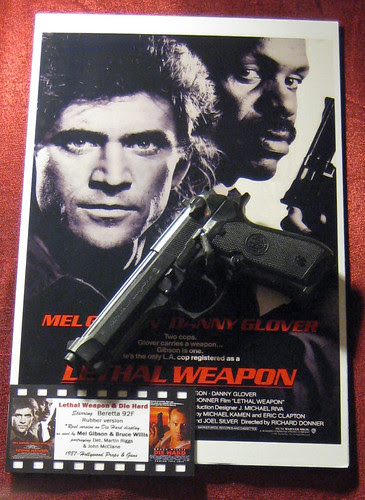 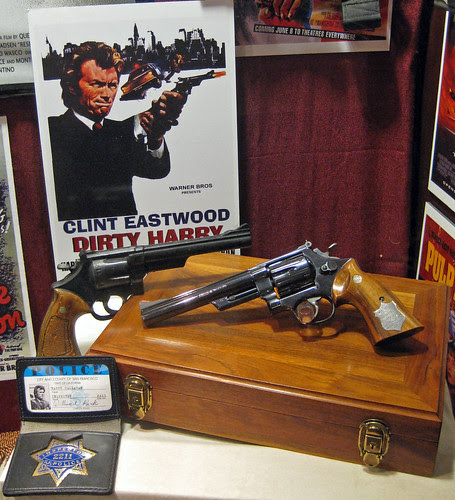 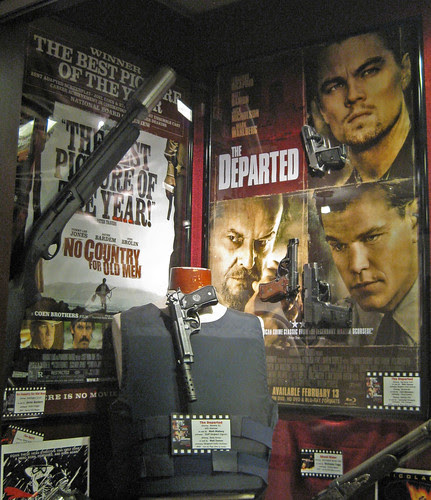 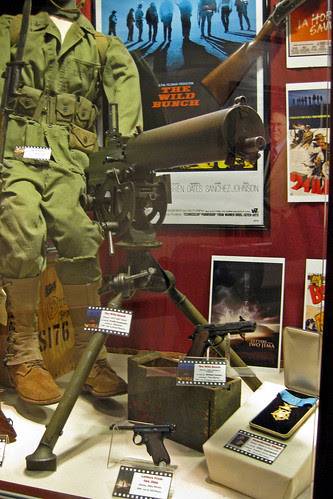 The Wild Bunch guns, including a A1 Browning belt-fed machine gun and a rubber model of William Holden's 9mm Star B. 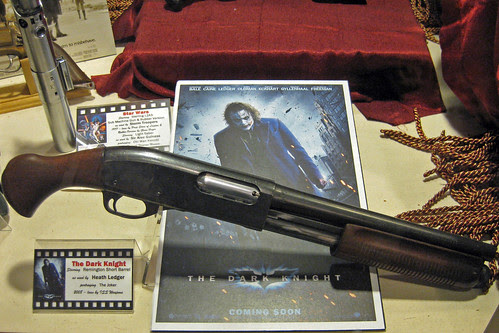 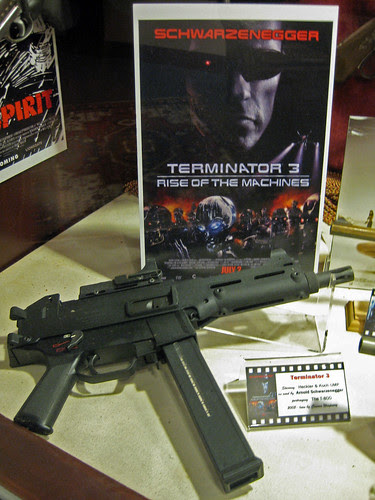 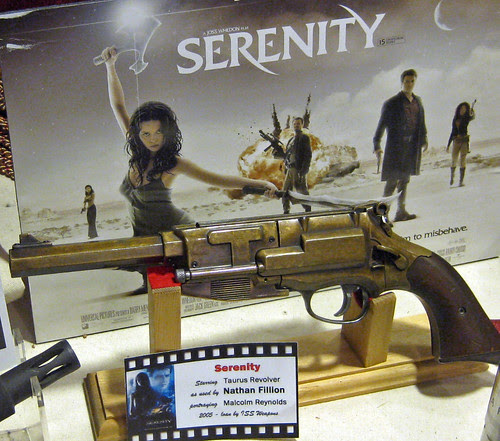 And last, but not least, Nathan Filion's Malcolm Reynold's pistol from Serenity, a modified .38 Taurus revolver inside a brass shell.

There are a bunch of other movies that I didn't take, mostly Westerns. See the full set from the museum here: National Firearms Museum, Fairfax, VA, 5/28/11