May 25-31 is Virginia's Hurricane Preparedness Tax Holiday, when you can buy a bunch of supplies that are useful for both emergencies and regular existence, all exempt from state sales tax.

Actually, looking at the list, you have both the fundamentals of a home disaster kit, as well as the fixings for a fairly swingin' beach party.

Now, I've been on something of a headlamp kick lately (which I will discuss in a later entry), and as luck would have it, Dicks's Sporting Goods has the Princeton Tec FUEL on sale for $19.98 until Friday, 5/28. 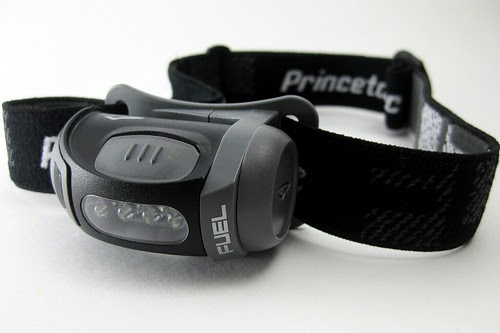 At the Dick's in the Dulles Town Center, they had the older 3-LED model, as well as the newer 4-LED model, both at that price. The 4-LED model is marginally brighter, with a slightly lower run time; either one should be fine (both take 3 AAA batteries, included.)

I haven't had a chance to play much with the FUEL yet, though in general, I'm a fan of Princeton Tec lights. The Dick's sale price is already better than most places I've seen online, and with sales tax out of the way, you get the instant gratification and the added savings over shipping and handling costs.