[Note to self: Have not been making enough 2010 references. This is its moment: Don't make the same mistake as we did letting 1999 slide by.]

Shamrock Fest 2010 is coming up March 13, 2 Saturdays from now. I've been going since its days in Arlington, before it moved to RFK (and before I started getting a VIP pass hookup, see blogger disclosure notes at the end) and I'll be going again this year, with my usual bunch of friends.

The site touts 40+ acts on 10 stages, though to be honest, of all the years I've been going, I can't recall a single song I've heard. Okay, maybe a bit of Carbon Leaf last year, but it wasn't The Boxer. (I, personally, don't really go for the bands, which are more of a background ambiance thing for me -- I go to hang out with my friends, people-watch, take pictures, and run into people I know.)

Looking back at 2009, while I did do a preview entry featuring a Shamrock Fest Survival Guide, I didn't do a followup post featuring any photos or videos I took that year. (I could have sworn I at least posted them to Facebook.) So this look forward is actually a look back.

For 2009's Shamrock Fest, the weather was kind of dreary and rainy, though this year, I think we'll all be happy if it simply doesn't snow.

At public events, it usually takes me a few drinks for my camera shutter finger to loosen up (I start out sneaking candids), but after a while, people usually have no qualms about mugging for the camera, and I have no problem shooting them: 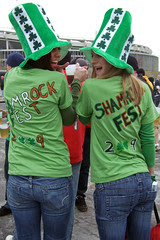 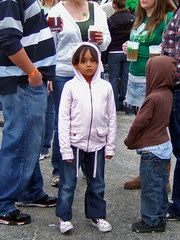 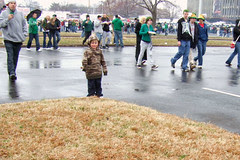 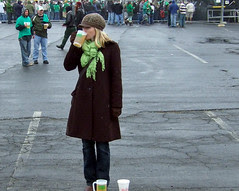 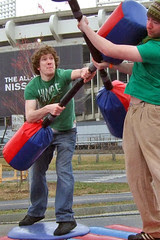 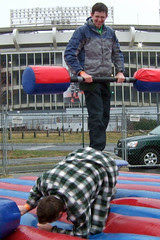 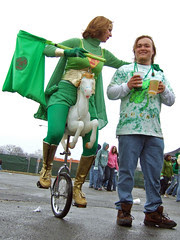 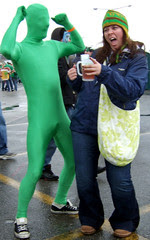 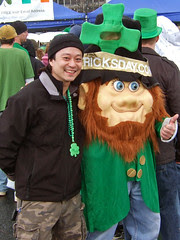 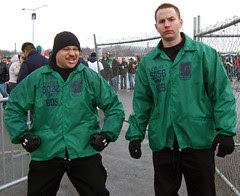 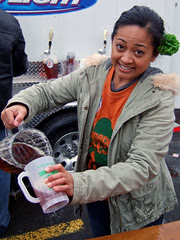 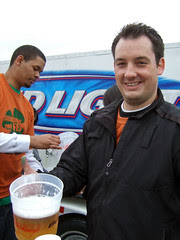 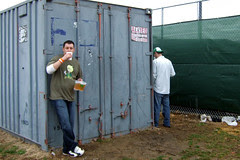 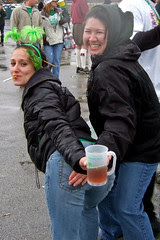 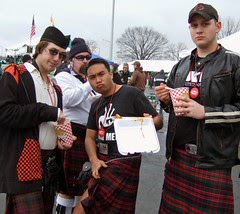 Oh, and there's a bucking bronco, too: 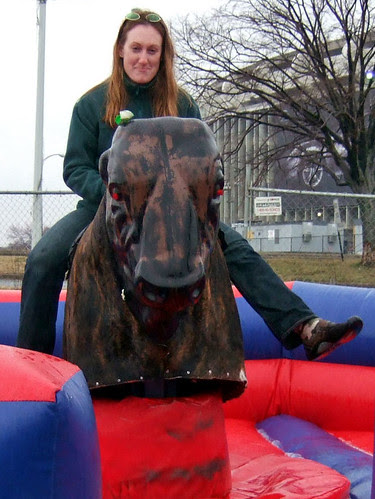 Anyway, we can only look forward to similar photo opportunities this year.

Blog Disclosure Note
Once again, I am getting VIP passes to Shamrock Fest, for which I am thankful (as I'd be going anyway) and which I am disclosing here, as in previous years.

Now, I know for a fact that some of my blogger brethren have had similar arrangements. While I'm not going to point any fingers, I can say that I haven't noticed any similar disclosures in years past.

While one can argue issues of transparency, government interference, payola, "newspaper reviewers get media access without needing to do ham-handed disclosures" and whatnot, with the FTC focusing in on blogger freebies, I suggest that now more than ever, the right thing to do is the right thing to do.