The Last Haircut and Metal Snow Shovel of 2009

The last haircut of 2009 (with bonus floating head goodness): 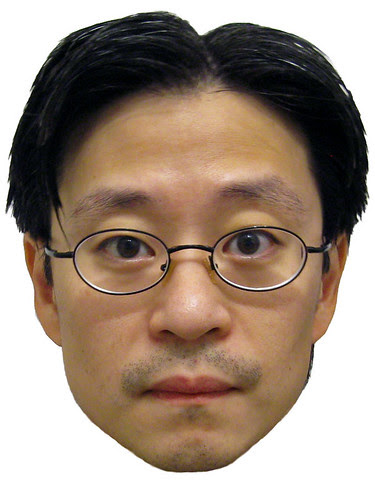 It's actually just inside the "too short/not short enough" range, as the sides stick up a bit. Though a few minutes of hat-wearing takes care of that (and that's not a problem right now, in this damned cold).

My snow shovel, survivor of Snowpocalypse '09, broke in that bit of ice and snow we got just before New Year's: 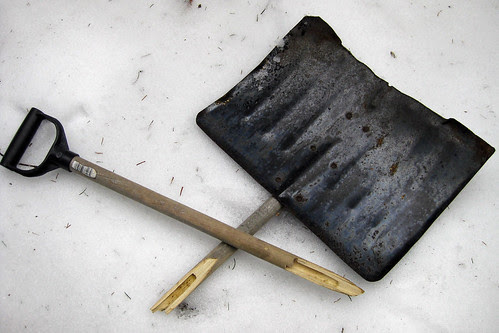 I got it when I first moved into the house, so it lasted about 10 years. Truth be told, though, it was pretty much a few seasons past its usefulness: The blade was curled up at the sides, and rusted into a V-shape in the middle: 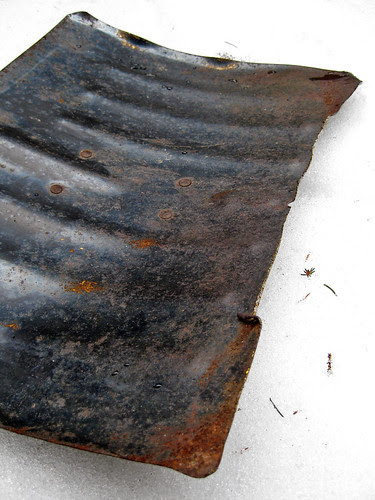 I was actually trying to unbend the blade when the handle snapped. Upon inspection, though, I noticed a smooth tunnel hollowed out into the handle, with a bit of shiny fuzziness inside (not visible in the picture): 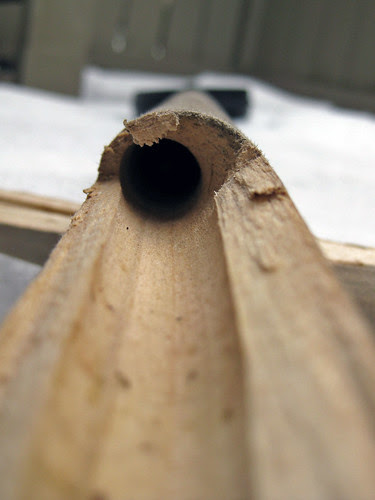 This, was of course, the work of some sort of carpenter bee. And it was still in there. (Dead. Or really sleepy.) A few thumps on the ground dislodged it: 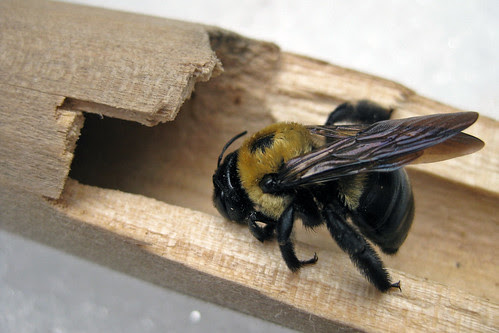 Thus, I was forced to buy a new shovel. I always swore I'd only buy metal shovels, but when I went to Sears, all I could find were these silly plastic-bladed monstrosities that'll be lucky to last a year or two. (Apparently, the metal-bladed Craftsman snow shovels sell out instantly.)